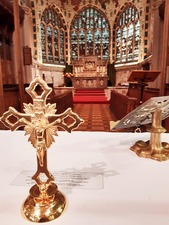 WELCOME BACK TO CHURCH AND CONGRATULATIONS TO THE BELL TOWER CAPTAIN
(4th October 2020)
It was wonderful to be back in church, albeit in a different way.  Several pews were taped off and seating was socially distanced, but it didn’t spoil the service in any way.  It was great to see some people I hadn’t seen for many months and it was lovely to see Fr Mark conducting the communion service from the altar. 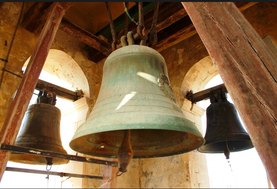 As we approached the church, the bells were ringing – the first time since lockdown in March – and it was fabulous to hear them again.  It couldn’t be the full complement of ringers because of the social distancing rules that still have to be followed. Thank you to Gordon Birks (Bell Tower Captain) along with a family of ringers (Julie, Keith and Alex Davies) and Richard Hartnell.  They rang bells 1, 3, 6, 8 and 10.  THANK YOU.
Huge congratulations to Gordon Birks and his wife, Charlotte, who welcomed their third child, Olivia Rose, into the world just 2 weeks ago.  (Well done Charlotte!)  Congratulations to Joseph and Amelia on the birth of their baby sister.  We wish you all much happiness.
​
A church bell in the Christian tradition is a bell which is rung in a church for a variety of ceremonial purposes and can be heard outside the building.  Traditionally they were used to call worshippers to the church for a communal service and to announce times of daily prayer.   In Christianity, the bell is said to represent the 'voice of God' and what a joyous sound that is. 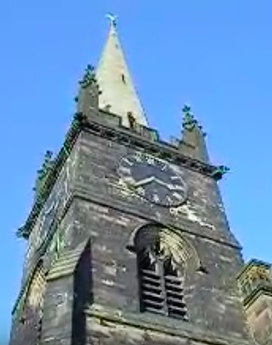 We are very fortunate to have a team of bell ringers, led by Gordon Birks and his wife Charlotte.  Currently the team consists of Gordon,  Charlotte, Julie, Keith, Alex, Jenni, Jason, Rose, John, Grace, Richard and Paul.   Occasionally the team is joined by visitors - Bob, Remi and Steve.

Are you interested in learning how to ring the bells?  If so, bell ringing practice is on Friday evenings 7.30 pm until 9.00 pm.  If you wait by the gates, then everybody can walk up to the bell tower together. 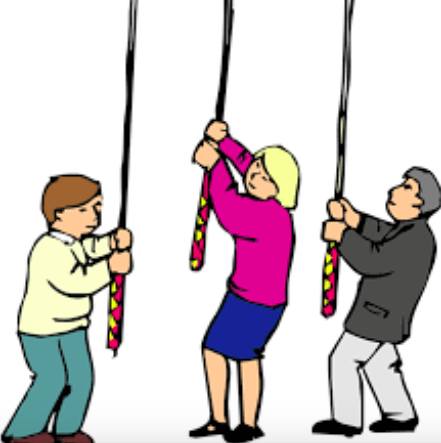 Thank you to Gordon Birks, Tower Captain, for sending the following photos from inside the bell tower.   If you hover over each photo you will be able to read a caption about each of them.  Or click on each photo and the caption can be read that way.

The inscription on the Tenor Bell is as follows:

​Recast by Gillett & Johnston, Croydon, 1912
To the Glory of God and in loving memory of Thomas Pritchard of Wood Green Lodge, Wednesbury, who departed this life November 14th 1910, aged 85 years, and of his sister, Jane McDougal of Hady Moor House, Wednesbury, who died December 14th 1911, aged 84 years. This peal of 10 bells was recast and rehung in the year of our Lord, 1912, at the joint cost of Albert Edward Pritchard, JP, for the county of Stafford and Mayor of this town; Lorenzo Alfred Pritchard MA, Vicar of this parish; and Emma Smith; surviving children of the aforesaid Thomas Pritchard and James McDougal; Emma McDougal; and Janet Tonks; surviving children of the aforesaid Jane McDougal. L.A. Pritchard, Vicar, Henry Charles Crew, Samuel Turner Churwardens. “Rejoice with them that do rejoice and weep with them that weep.” I will sound and resound unto thee O Lord to call thy people to thy word, 1614. Recast 1854, C. & G. Mears, Founders, London. Revd Isaac Clarkson, Vicar, Edward Blakemore, Richard Ashmore, Churchwardens. Recast by Gillet & Johnston, Croydon, 1912. 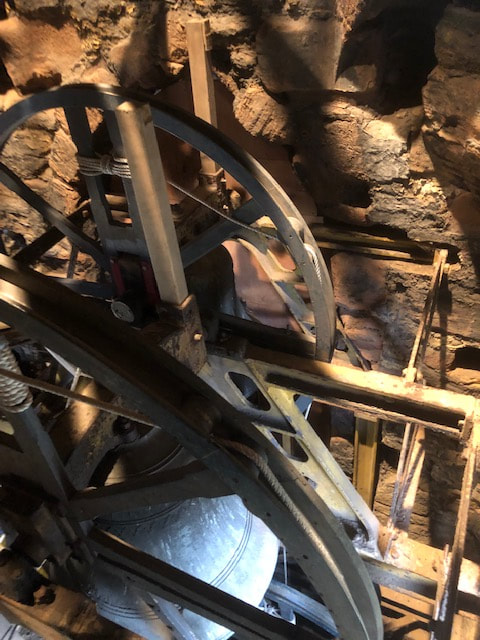 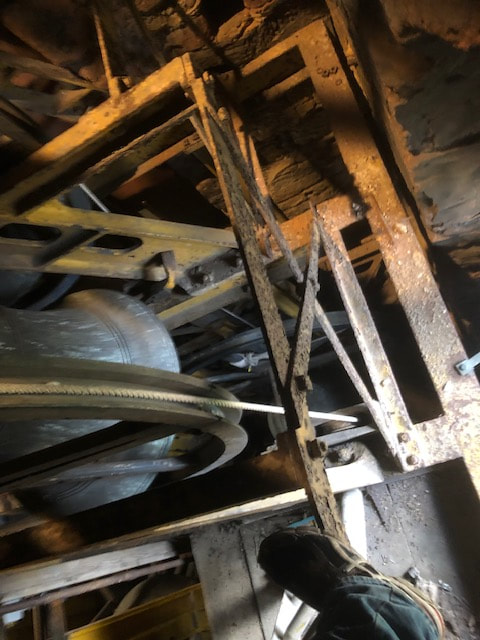 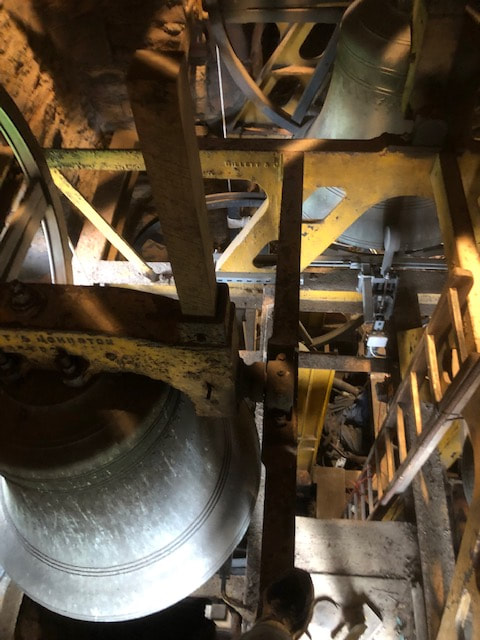 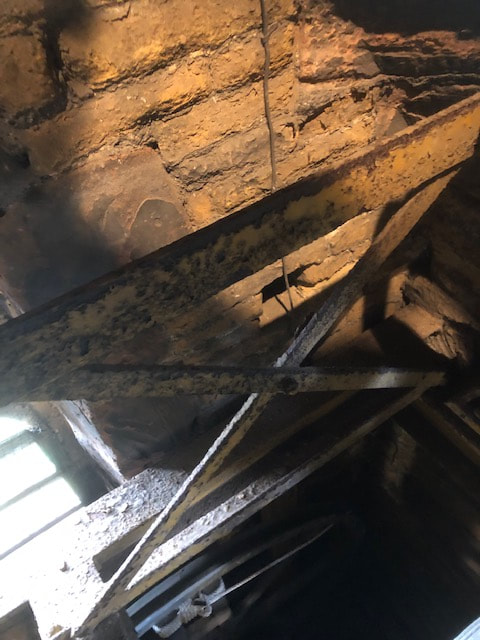 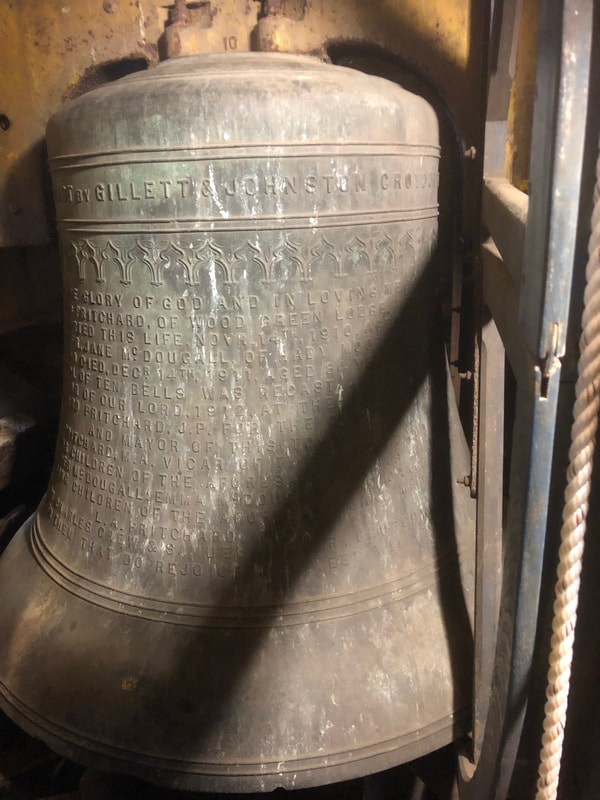 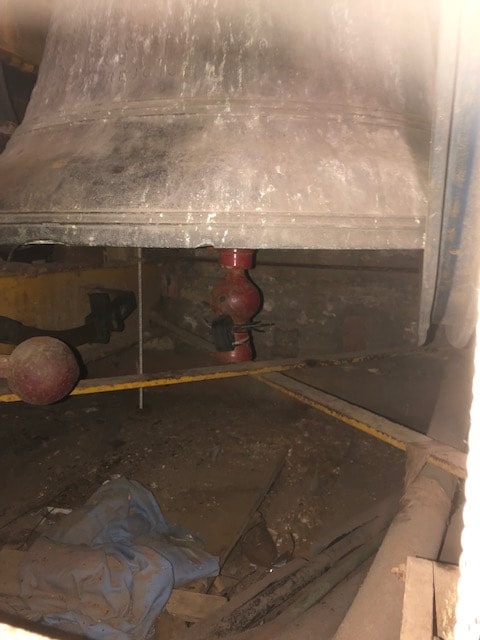 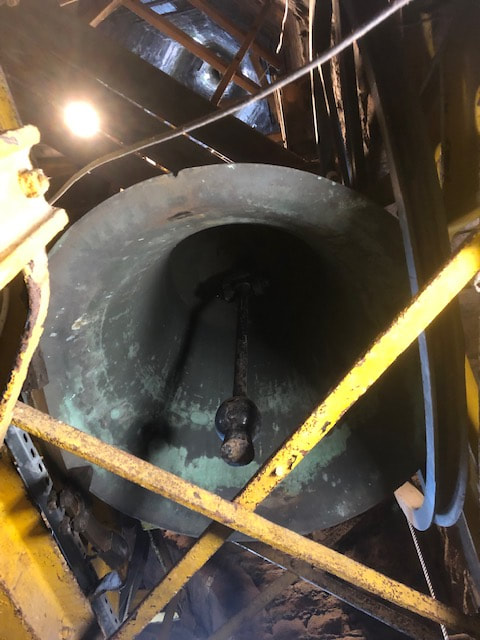 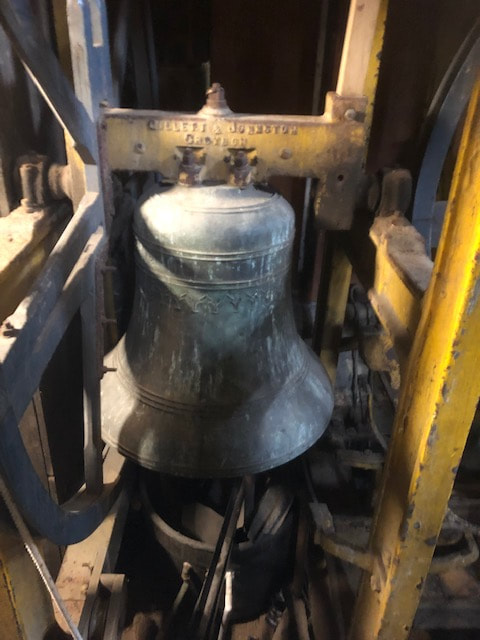 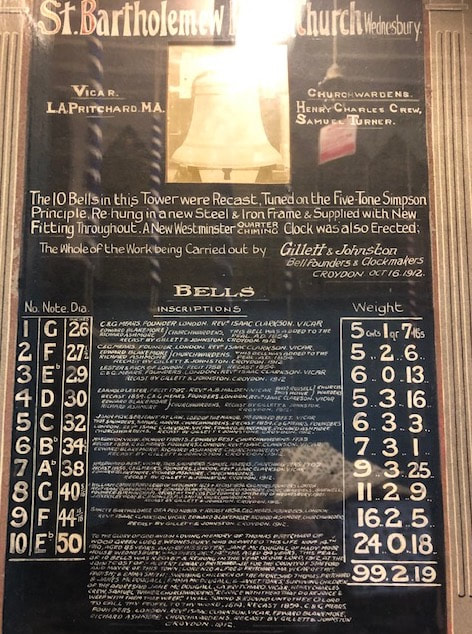 ​PAST HISTORY OF RINGING AT ST BARTHOLOMEW'S
If you have rung bells at our church in the past and have any stories or photos you would like to share, please send us a message via our Facebook page (use the link below) so that Wendy can add information to this page.   Please don't send a message from this website because that will go to the vicar.
​https://www.facebook.com/StBartsWednesbury/
CAN YOU HELP ANSWER A QUERY PLEASE?

I have received a post from John Astbury who lives in Australia.  If any of you know the answer to his query could you please let us know?  Thank you.  The post is as follows: 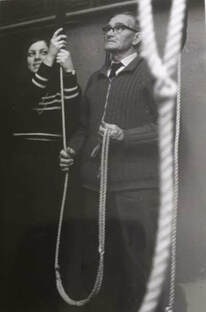 Helen Dodd sent this photograph of her, taken about 1972, by the Express and Star.   She used to play the treble (usually) and attended with a friend of the family - Tony Parsons and his son Colin.  Some of you may remember Tony as he used to have a newsagents in Darlaston but lived in Wednesbury.    Helen remembers being paid about 15 shillings for ringing at a wedding.  Thank you Helen.  John Stockall thinks the gentleman's name might be Avery Hubble.

Kathryn Smith (formerly Kathryn Collins) rang at our Church for a number of years with Tony and Colin plus a gentleman called Bill.  She says she also rang bells with a couple of older gentlemen whom she believes were brothers by the name of Hingley and she thinks one of them was called Arthur.  She says their names are on the peal boards up in the bell tower.  Later on  she rang with John Stockall.   She was involved from around 1984 (and also rang at St Lawrence’s and St Paul’s).  Kathryn said “I have very happy memories of my time ringing at St Batholomew's - I was a teenager with a bunch of old blokes and we all got on brilliantly!”

​Ian Cadwallader says his dad, Michael, rang the bells for many years at Church.  He even rang them at his own wedding to Ian’s mom!  He has a plaque of remembrance in the chancel of the church (photo below).