ALL AGE SERVICE:  Our first All Age Service for this year is on Sunday 2nd February at 10.30 am and every first month thereafter. The Open the Book team will perform a dramatised story during the service.

CRAFT CLUB: Reminder - the first meeting for this year is on Saturday 1st February, 2 pm to 4 pm. The Craft Club meets in the church hall on the first Saturday each month (see dates for this year at the bottom of the notices). Bring along whatever you’re working on and enjoy a couple of hours of ‘craft and chat’ with a drink and cake - all for only 50p. You will be very welcome. Craft fayre dates have not yet been decided.

CHURCH CLEANING: A reminder that the ‘cleaning crew’ are needed to help clean the church on Saturday 1st February.

VOLUNTEERS NEEDED PLEASE: Could any of you volunteer to go on the coffee rota for Sunday mornings, please? The more people who offer to do this the fewer times you will be needed to make drinks after the service. Please let Father Mark know or respond to this message and I will let Sue know. Thank you.

Craft Club dates for this year: 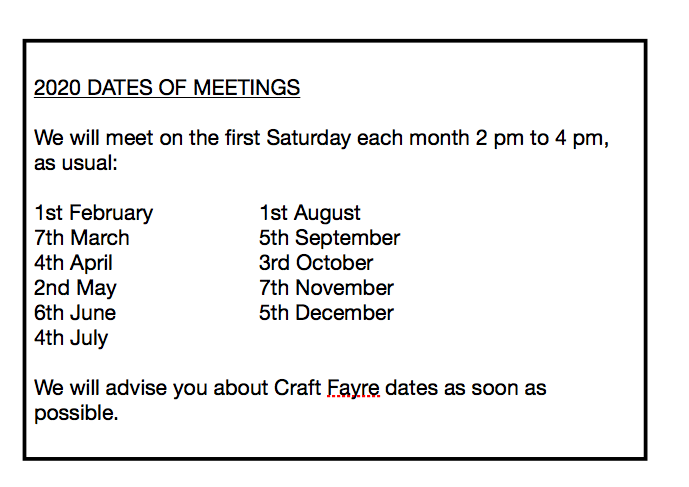 PREVIOUS NEWS can be found below (or on the Events page):
​
On Christmas morning our Nativity scene welcomed baby Jesus. We now await the arrival of the wise men.
We wish you all a very happy and joyous Christmas. Our next services will be at the usual times on Sunday 29th December.

Glenys Foley (Treasurer here at St Bart’s) received a lovely message and a few photos from David Solomonraj and family who live in Coimbatore, India. The family visited our church last year just before Christmas and they hope to visit us again next time they are in England.  Thank you for these photos (below).  The last photo was taken when the family visited St Paul's Cathedral in London.
We hope David and his family had a very happy Christmas.

At the start of Advent, we placed a tree in church on which people could place stars to remember loved ones they no longer see: 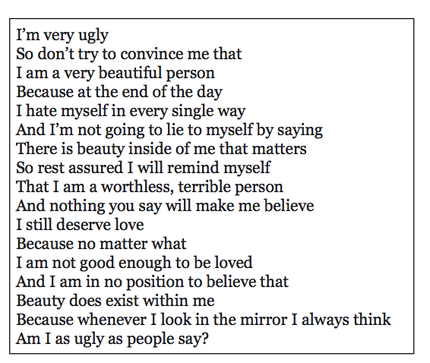 Read the poem on the left.  Then re-read it but start on the bottom line and read up to the first line.
Jesus is the only reason for Christmas​:


CRIB 'n' CHRISTINGLE SERVICE
​Thank you to all of you who came to our service this afternoon. It was lovely to see some familiar faces and to welcome new visitors to our church. It was a lovely child-friendly service. Father Mark started the service by getting the children to search around the church for some figurines that had escaped earlier from the Nativity scene. Well done to those who found them and helped Father Mark to place them in the stable ready for the birth of Jesus in the morning.
After singing ‘Away in a Manger’ Linda read from Luke’s gospel and this was followed by the carol ‘See Him lying on a bed of straw’. Wendy did a short talk about the Christingle and got the children to help explain the meaning of each part. Then, assisted by her trusty helpers, Linda and Faith, they did a demonstration of how to hold the Christingle as we are, of course, mindful of ‘health and safety’ - cocktail sticks and lit candles plus children is always asking for danger to follow.  😀🤣
Christingles were lit before the carol ‘O Little Town of Bethlehem’ and then blown out afterwards.
The service was followed by refreshments.
THANK YOU: to Linda and Amy for preparing the Christingles; to Father Mark, Mario and Alice for leading us in worship; to Joyce, Linda, Linda, Lynn, Wendy, Alison and Karen for helping with refreshments, etc.
We wish you all a merry Christmas.
“May Jesus Christ, the Light of the World, shine upon you and all those you love this Christmastime and always. And the blessing of God Almighty, the Father, the Son and the Holy Spirit be among you and remain with you evermore. Amen”
CAROL SERVICE 15th DECEMBER 2019​:

The Carol Service of 9 carols and readings was on the third Advent Sunday and it was lovely. Thank you to everybody who attended; we hope you enjoyed it. The church floodlights were lit prior to the service to welcome everybody. The hymns sung by the congregation were: Once in Royal David's City; O Little Town of Bethlehem; While Shepherds Watched; See him Lying; We Three Kings of Orient Are; Silent Night; O Come, All Ye Faithful, The First Nowell and Hark the Herald Angels Sing. The readings during the service were: The prophecy of the Messiah's birth; The Annunciation to Mary; The birth of Jesus; The shepherds go to the manger; Wise men are led by the star to Jesus; The Incarnation of the Word of God; A Christmas Carol; Jesus Visits and ended with a poem called 'The boy who laughed at Santa' by Ogden Nash. After the third hymn and reading Mario Castillo sang beautifully the lovely hymn 'O Holy Night' accompanied by Paul Jones on the organ.
​
On Friday 20th December St John's C of E Primary Academy had their Christmas service in church. The children sang beautifully and some of the children read short passages from the Bible to tell the Christmas story. Towards the end of the service the children stuck prayer stars on 2 card trees they had painted. It was a wonderful service. (The lantern hanging on the pulpit was made by Mario Castillo.  It looked beautiful.)

During our service on 14th July we sang that wonderful hymn ‘Amazing Grace’ written by John Newton. The words were written in 1772 by the English poet and Anglican clergyman John Newton and it was published in 1779. Newton wrote the words from his personal experience; from a slave trader to a clergyman.
John Newton lived from 1725 to 1807. His father was a Merchant Sea Captain and his mother died when he was just 7. After only 2 years of schooling he was sent to sea at the age of eleven; his early life by his own accounts was rebellious and immoral. It was Newton’s choice of words to describe himself as ‘a wretch’, a word implying a ‘conscienceless person’, that gives us some indication of his past. During his youth he was flogged for desertion from the Royal Navy and at the age of just 22 he was given command of his own ship; a ship involved in the slave trade. It was 3 years later during a violent storm that his life undertook a new direction. It was during this storm that Newton was terrified manning the pumps for 9 hours in an effort to keep his ship afloat. It was then he found himself crying out to God for protection. Once the storm had abated and from safety and distance he was convinced that the beginning of his conversion had happened on that deck amidst the storm and John Newton wrote these words: “On that day the Lord sent from on high and delivered me from deep waters.” - a line from the second verse of Amazing Grace and he recalls being “The hour I first believed.”
Newton then went on to forsake the slave trade and his seafaring life. After training for 9 years he entered the Anglican Ministry in 1764. The opening words of ‘Amazing Grace’ express Newton’s belief that his prayers were indeed answered when he cried out that day amid the tempest. The lines “I once was lost, but now am found” are probably best thought of as a beautiful way in which Newton expresses both his saving and his coming to faith. This line may, for some, conjure up imagery similar to that discussed in the earlier work on Psalm 23, of a lost sheep being returned to the protection of the flock by the caring, loving shepherd.
Just like Newton we are all, in a way, journeying and although our journey is upon the seas of life, we may not owe our own conversion to such tempestuous seas. We may rest assured, however, that should we ever find ourselves in need of help then, like Newton himself found, we shall be brought out of distress and the “waves of the seas shall be hushed”.
1. Amazing grace how sweet the sound
That saved a wretch like me
I once was lost, but now I'm found
Was blind, but now I see.
2. 'Twas grace that taught my heart to fear
And grace my fears relieved
How precious did that grace appear
The hour I first believed.
3. The Lord has promised good to me
His word my hope secures
He will my shield and portion be
As long as life endures.
4. The earth shall soon dissolve like snow
The sun forbear to shine
But God who called me here below
Will be forever mine, will be forever mine
​You are forever mine.
​
It is with great pleasure we can share news that Leanne Carr became The Revd Leanne Carr on Saturday 29th June at Birmingham Cathedral. We offer Leanne our congratulations on being ordained Deacon and will, hopefully, will be ordained Priest in 2020.  Her church is Holy Trinity in Sutton Coldfield.  You can see the official photograph on the Cathedral’s website and Twitter.  Meanwhile, attached are family photos: the first one shows Leanne with (from left to right) stepmom Liz, dad Derek and mum Jill and the second photo is of  Leanne with her sisters (from left to right) Sarah and Melissa.
Leanne and her sisters used to sing in our choir and her dad was the choirmaster and organist until he moved to Teignmouth.  Mum Jill still attends St Bartholomew’s.
​